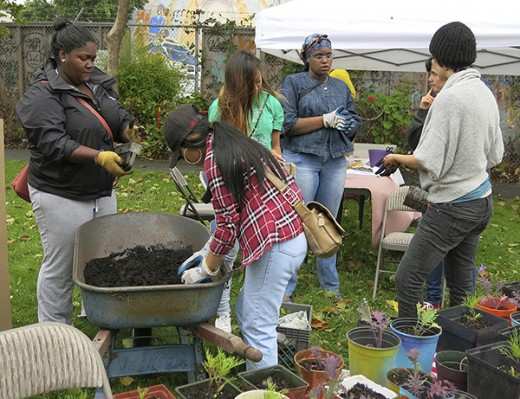 On Saturday, July 27, 2013 the BEETS (Band of Environmentally Educated and Employable Teens) helped out at the first ever Community Open Market in the Buchanan Mall Greenway San Francisco. This mall, as opposed to the Buchanan Mall in Japantown, is a stretch of land between Grove and Turk Street blocked off from traffic, which winds through housing developments and service organization such as the African American Arts and Culture Center, Ella Hill Hutch Community Center and Rosa Parks Senior Center. Currently owned by the San Francisco Recreation and Park Department, the mall is a pedestrian walkway with four full-size tennis courts plus an asphalt basketball half-court at Golden Gate Ave. This strip of land has often been underused and a dangerous thoroughfare. Many community groups and the City are looking at ways to revitalize the area. The Community Open Market Kick-off was a way to get residents and families outdoors and interested in the renovation of the mall. 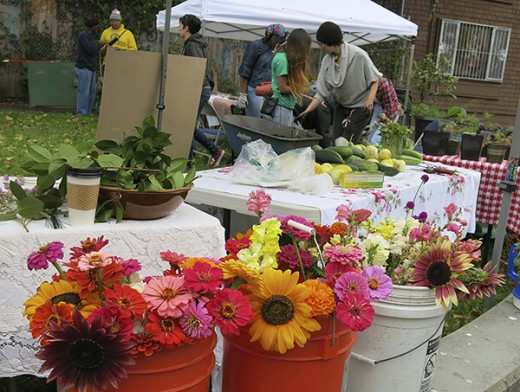 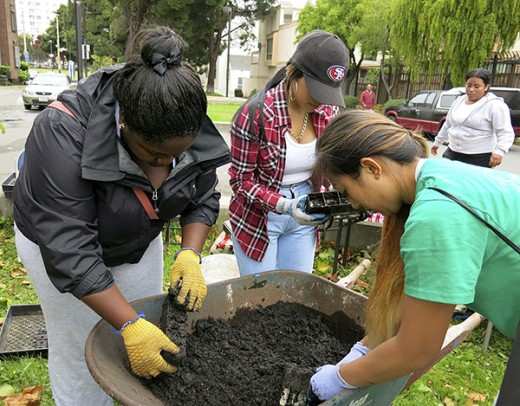 Our CommunityGrows BEETS (Band of Environmentally Educated and Employable Teens) came out to teach folks about planting seeds, and to support other organizations that attended. The DJ Lamont provided great music and others were on hand from Bloom Justice, Project Level, Rosa Parks Senior Center, Henry Howard of Red Rose Culinary Arts, Brothers for Change, and Collective Impact to name a few. Arts and crafts, local food, fresh produce, and kids activities were in the mix. 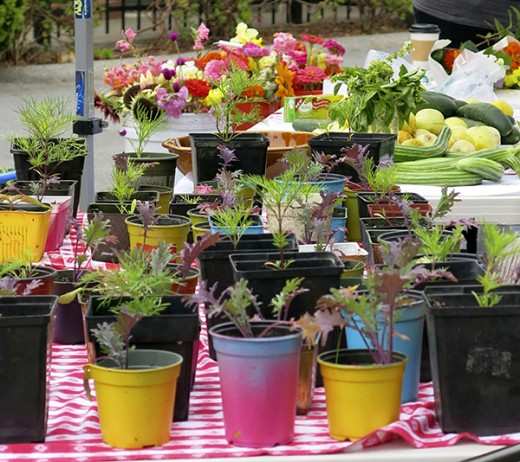 Supervisor London Breed and her legislative aide, Vallie Brown came by with Mo’Magic Executive Director Sheryl Davis to check out the event. Although the sprinklers turned on and got many of the presenters wet, a good first time was had by all.