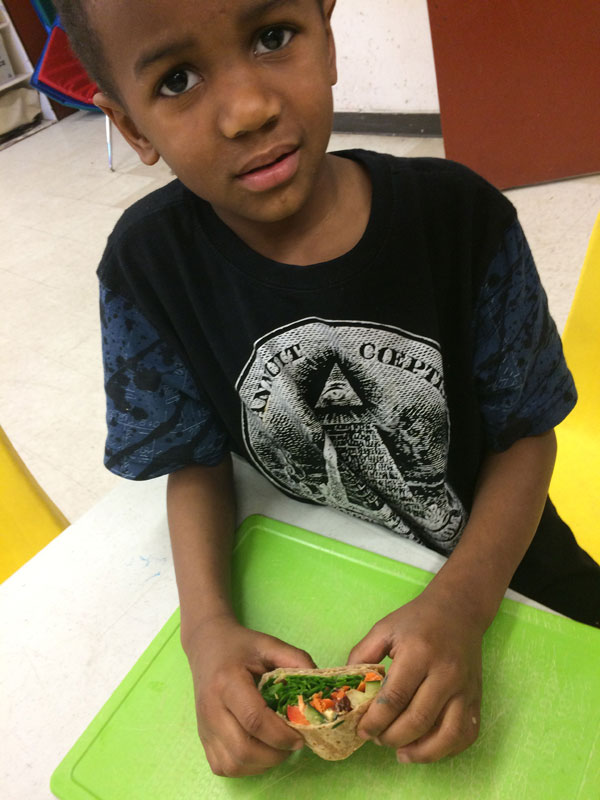 This past February CommunityGrows staff and the afternoon Buchanan YMCA youth were cooking up a storm at Hayward Rec Connect thanks to a grant from Aetna and Kaiser-Permanente Foundations. In one class we made veggie burritos and fruit and yogurt parfait. 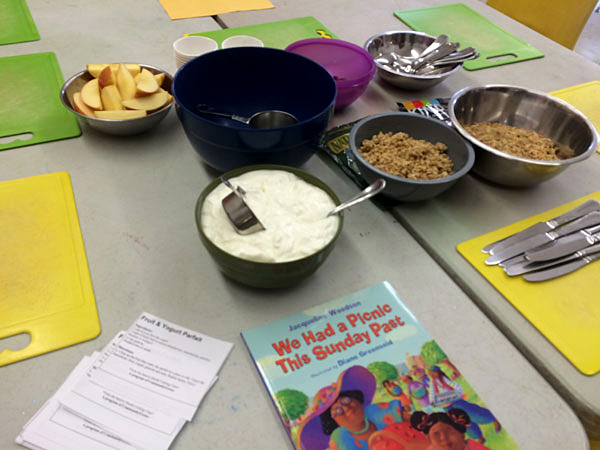 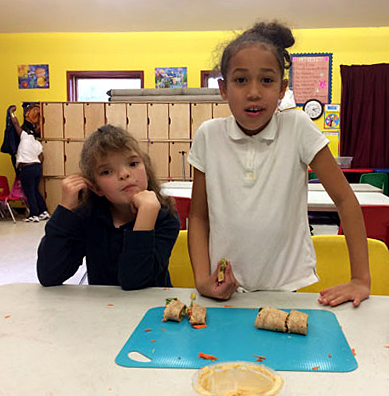 During this afternoon, we were joined by Talia Matau, one of our BEETS interns who read the story, We Had a Picnic This Sunday Past by Jacqueline Woodson. 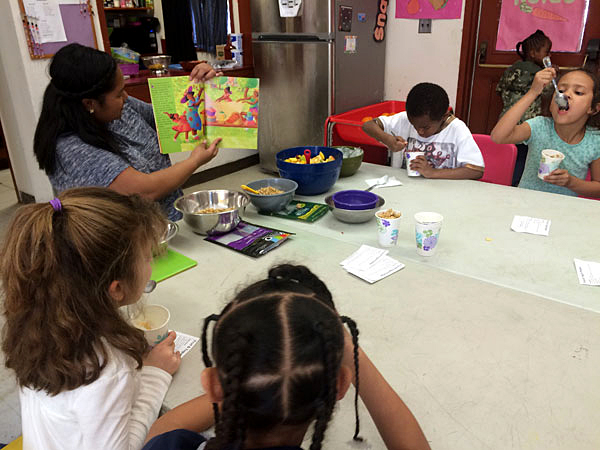 This story turns to a tale for the younger set with this bouncy story about an annual family picnic. Teeka, the young narrator, accompanies her grandma to the park with a basket of fried chicken and biscuits. Soon her best friend Paulette and various family members arrive, bearing bowls and bags of home-cooked food and desserts. Each is introduced through Teeka’s eyes: Reverend Luke, who wields a Bible, “can eat like the devil–strange, since he’s such a holy man” and “Moon Pie is really Joseph, but don’t he look just like a Moon Pie?–came empty-handed, too.” But where is Cousin Martha and her infamous, dried-out apple pie? Everyone chows down, and when Martha finally does show up–with a store-bought cake (“No time to bake”)–Grandma greets her with a little white lie: “Oh, but Cousin Martha, all year long, I’ve been thinking about your pie.” The snippets of dialogue help keep this story lively, but it’s Greenseid’s (When Aunt Lena Did the Rhumba) effervescent illustrations, done in candy-bright acrylics, that inject the pizzazz. One hilarious spread shows Auntie Sadie’s shocked face when she finds her corn cobs covered with flies (plastic flies, contributed by naughty Cousin Terrance, whom readers see fleeing his parents in the background). In another, roly-poly Moon Pie literally spills across the spread. Readers will enjoy the gentle fun poked at family gatherings here. Diane Greenseid’s exuberant artwork bring to life the humor, love, and of course, the wonderful food of the quintessential family picnic.