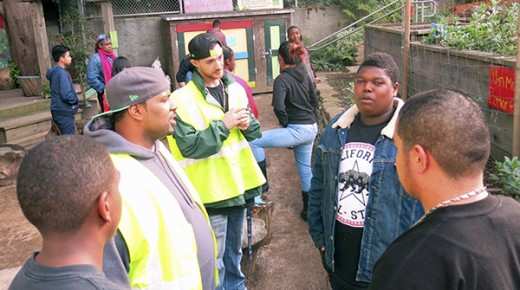 The BEETS interns (Band of Environmentally Educated and Employable Teens) hosted special guests from Green Streets last week. Started by one of the residents of a local housing project, Green Streets is an environmental services company that aims to improve their environment and provide local jobs for the community. 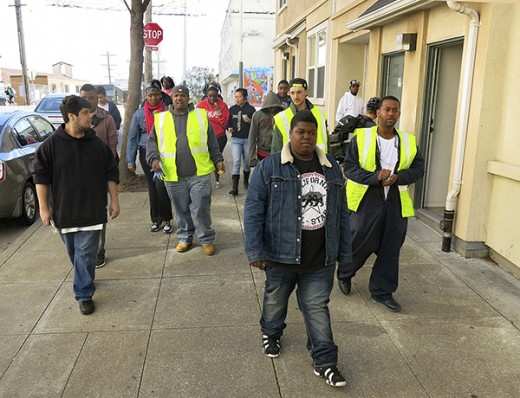 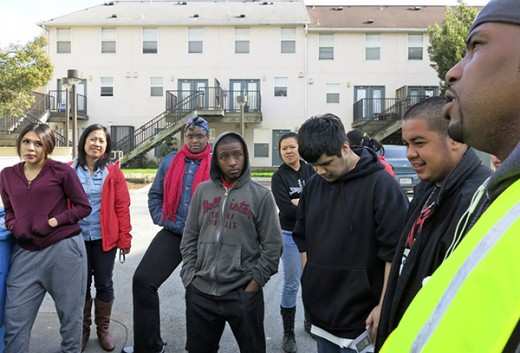 Teddy, James, and Tyrone walked us through the dumpsters in the back of the Hayes Valley South housing complex. They showed us what a typical day looks like as they sort through the dumpsters to decrease the amount of waste heading to the landfill from their community. They do this by placing the right item into the compost, recycle, or landfill bins. This not only decreased the amount of trash but it also saved the housing complex money.

Now it was the BEETS’ turn to show Green Streets how they make a difference in our community by heading down to Koshland Garden. The BEETs gave them an official tour of the garden and taught them how to weed, prepare a bed, and plant. Together they spent time exploring the different plants in the garden and planting kale and peas. 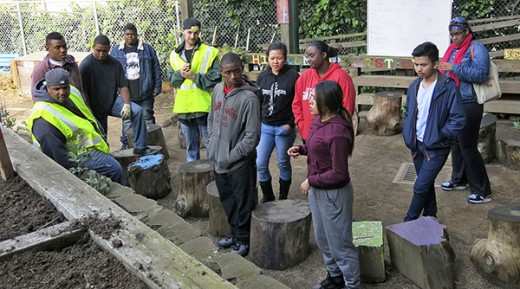 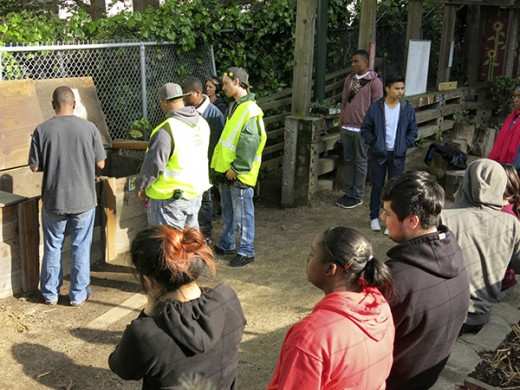 The BEETS not only related to the mission of Green Streets but they also related to the personal struggles and challenges that Teddy, James, and Tyrone faced while living in this neighborhood. Venyse said, “They were really cool because we are from the projects and so are the Green Streets. It’s cool to know that someone going through the same struggles as us and someone who hasn’t made the right decisions in the past can come back, be successful, and make a difference in their own community.” We talked about trash but most importantly the Green Streets imparted some wisdom gained from their experiences to the young BEETS interns.