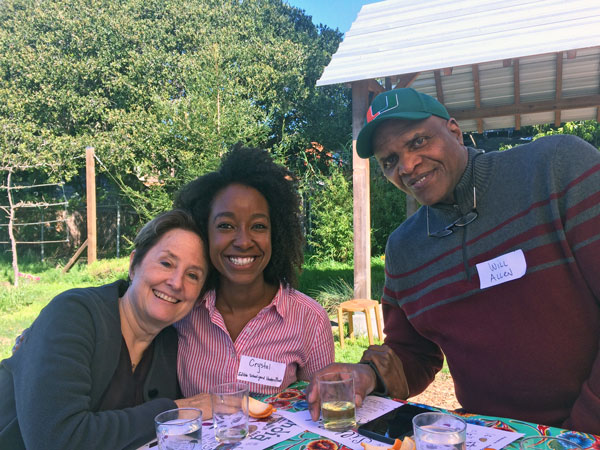 On March 8, 2016, CommunityGrows staff Adrian Almquist, Garden Programs Manager, and Crystal Jones, Seed-to-Mouth Cooking Coordinator had lunch with Alice Waters and Will Allen at the Edible Schoolyard in Berkeley, CA.
Here is Crystal’s report:
“There are very rare opportunities where one gets to gather among a couple of their heroes, in a room (or in this case a garden) full of people of like-minds; coming together solely for the sake of encouragement to further the work that they are doing, and to soak up wisdom from those represented. Gathering together at the Edible Schoolyard in Berkley this February was just that. Among the organizations represented (included but not limited to), were CommunityGrows, Education Outside, City Slicker Farms, Growing Power, and Boys and Girls Club of San Francisco. We all were taken on a little tour of the ESY Berkeley gardens, given a short history of the project and had the chance to hear about the philosophy of the Edible Schoolyard from none other than Alice Waters (author, chef, activist, restaurateur, and brains behind Chez Panisse) – the woman who started it all. 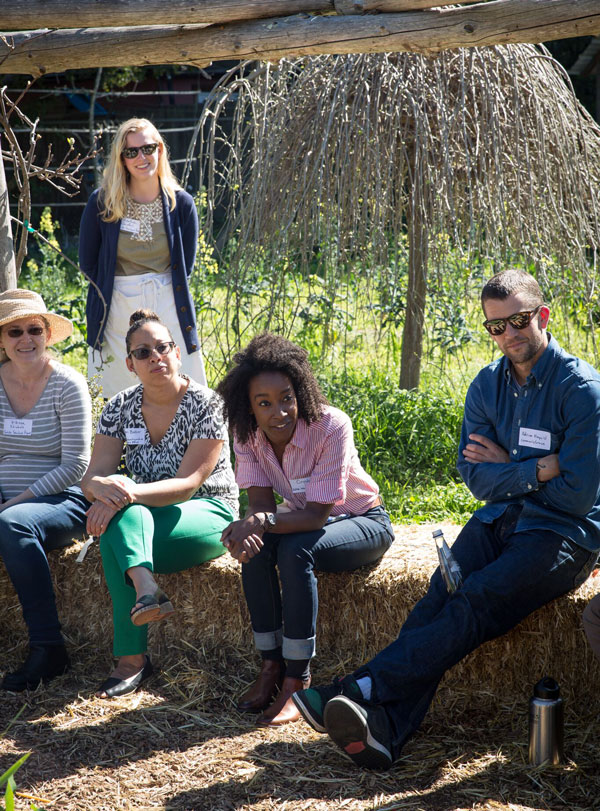 Alice then introduced us to our guest of honor that afternoon, Will Allen (farmer, food justice advocate, pioneer of urban agriculture, and founder of Growing Power). After the tour we all gathered around one big table, full of introductions and conversations, where we enjoyed a beautiful lunch, outfitted with some of the bounty of ESY harvests. The major question we address during this gathering, was “How do we not only continue the good work that we are doing, and do more of it?”
The answer?
By forming strong and meaningful partnerships with one another.
In the spirit of complete community and a philosophy that states I’m not healthy if you’re not healthy and none of us can exist and thrive without the other.
“I used to think I was in charge in the kitchen, and now I know that is not the case – the farmer is in charge of the kitchen.” – Alice Waters”

ESY Willie Mays was the first after school program in the country to become an affiliate of the founding project and it is actually considered one of their six founding programs (the only other official ESY in Northern California).